It is a common slander from the left that America’s founders were liars when they said that all men were created equal. After all, the drafters were all pro-slavery right? Wrong. Consider these remarks by professor of history Kevin Gutzman in a recent article in Law and Liberty. The piece is entitled “Reclaiming 1619”, and is well worth reading in its entirety. But as to the Declaration, Gutzman wrote:

“I will consider the five-man committee that drafted the Declaration. Though Robert R. Livingston of New York seems to have left no record on the subject besides his signature on the Declaration, we can say of the others that:

John Adams of Massachusetts drafted the Massachusetts Constitution of 1780, which within a handful of years a Massachusetts court held had abolished slavery in Massachusetts; Roger Sherman of Connecticut drafted the law that abolished slavery in Connecticut; Benjamin Franklin of Pennsylvania was the president of an abolition society that submitted an abolition petition to the first session of the United States Congress;
Thomas Jefferson of Virginia, the Declaration’s chief draftsman, co-sponsored a bill that would have ended slavery in Virginia, wrote the first draft of the bill that banned slavery from the Northwest Territory (today’s Midwest), drafted a bill to do the same in all of the western states (which failed by one vote in Congress), wrote the most influential antislavery book of his age, hired the first black man ever to be employed by the Federal Government (a surveyor), as president called on Congress to pass and himself signed the bill that ended all slave importations at the earliest constitutionally permissible moment, and wrote “We hold these truths to be self-evident, that all men are created equal….”

In a world then dominated by slavery, America was right from the start.

Measure 110 – Decriminalizes various currently prohibited drugs, including heroin and fentanyl, for all ages. 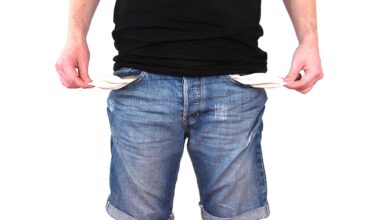